Get the latest lodge news, specials, and promotions! 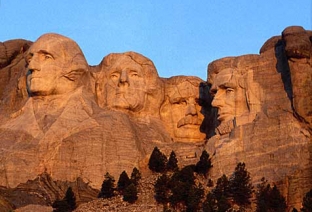 Perhaps Mount Rushmore National Memorial's greatest impact on visitors is the realization that it truly stands as a powerful symbol of America.

Gutzon Borglum, sculptor of Mount Rushmore, chose the four presidents to stand as epic symbols of our nation:

Borglum saw the scenic heartland of America as exactly the place to realize his dream of carving a mountain memorial to the great leaders upon whose principles and actions the nation was founded, expanded and sustained.